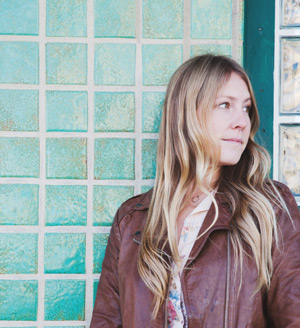 “Turn it all upside down,” Zoe Muth sings on the opening track of her third full-length album, World of Strangers. “See the stars when we’re looking at the ground, shining all around.” Muth brings us ten heartrending tales of the leaving and the left behind in her trademark style of infusing moments of despair with hope and levity. This time around she has made some changes, channeling a wider array of influences ranging from classic country ballads to early folk-rock.

First making her name in the Pacific Northwest, where she’s been called “Seattle’s Emmylou,” and heralded as one of the best songwriters to come out of Washington State, Muth spent the last three years touring across the U.S. and Europe. Playing bars and cafes as a young pre-school teacher, she saved up her minimum wage earnings and beer bucket tips to pay for her 2009 debut album, Zoe Muth and the Lost High Rollers. That album, along with her 2011 follow up, Starlight Hotel, went on to garner praise from the international press, and landed on No Depression’s “Top 50 Albums” list in their respective years.

“One of the year’s best country albums, even as it steps outside the genre.” –The Fader

“Muth’s most mature and interesting album yet.” –Seattle Times

“Zoe Muth’s voice reminds me of a lush carpet spreading across the American Southwest. Comfort, trouble, and a well deep knowledge of relationships pervade her songs. This woman can turn them around from their bar stools and get �em on their feet. Here’s to authenticity.” –Cafe Guide