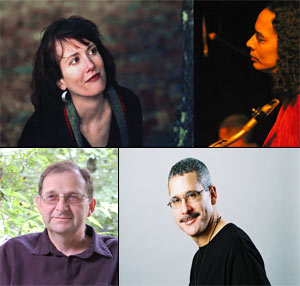 “Many groups tend to be strong in one or two areas, but lacking in others; the musicians might be great soloists but not have strong writing skills. Jeff ‘Siege’ Siegel’s quartet manages to be accomplished across the board and [their CD] ‘Live in Europe’ is a portrait of a stellar group of musicians and writers at their best.” –Karen Hogg, http://AlbanyJazz.com