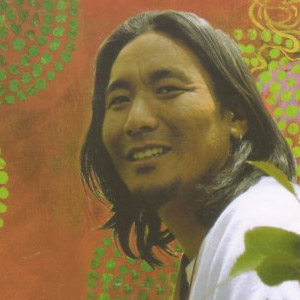 At Carnegie Hall hall today, and at the Cafe tomorrow night…

Tenzin Choegyal’s voice and musical talents are uniquely beautiful as he draws on his traditional Tibetan roots to create his original and authentic musical compositions which expresses his devotions to his roots. Since his Australian world music debut in 1997, Tenzin’s cantering rhythms, extraordinary vocal ability and flute has become a fixture of World Music.

The day before his Cafe appearance, Tenzin is joining Patti Smith, Philip Glass, Taj Mahal and other musical luminaries for the XXI Annual Benefit Concert for Tibet at Carnegie Hall.

Tenzin will be performing at Cafe with his tabla player Nhuchhe Narayan, who learned to play various Nepali musical instruments from his father while they played together during Hindu prayer ceremonies, almost every night. Perfecting his art mostly in Newari (ethnic Nepalese, living mostly in Kathmandu) percussion, he has played for many popular singers in Nepal.