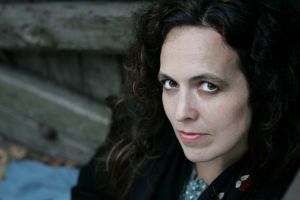 After singing on the streets of her native Dublin as a teenager, Susan left for New York with a bursary from The Arts Council of Ireland and a scholarship to the American Musical & Dramatic Academy, and soon became a regular performer at the legendary East Village club Sin-�. The enlivening intelligence of her songs marked Susan as a distinctive talent. Her debut album Bones in 1995 garnered wide critical acclaim, established her reputation as an inventive songwriter with a powerful voice, and set her on the road to an international touring and recording career.

Along the way she has boldly yet lovingly re-imagined Celtic music, bringing it immeasurably enhanced – yet spiritually intact – into the new era of world music. Her album Sweet Liberty (2004 World Village/Harmonia Mundi) drew accolades and a BBC Music Award nomination for her beautiful arrangements and collaborations with the groups Mariachi Real de Mexico and Ensemble Tartit. Audi licensed a song from her Bushes & Briars (1998 Alula) album for their national “Father & Daughter” television campaign.

Ten albums later Susan has a catalog of music that solidly spans the realms of world music and rock and along the way she has worked with such luminaries as Natalie Merchant, Linda Thompson, Pete Seeger, Mary Margaret O’Hara, Billy Bragg, Arlo Guthrie, Andy Irvine, Flook, L�nasa, and the Scots fiddle master Johnny Cunningham.

“She walks on the wild side of Gaelic melody.” –Boston Globe

“A singer of passion, grace and striking presence with the ability to capture both the essence of a traditional folk song or the more hard-edged domain of contemporary adult rock; she seems to personify both past and present.” –Irish Examiner