Signing for Dennis Doherty’s new book “Why Read the Adventures of Huckleberry Finn?” 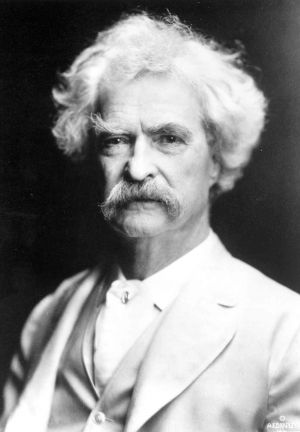 Since its publication in 1884, Mark Twain’s The Adventures of Huckleberry Finn has been praised as the great American novel, the touchstone of modern American fiction, and the first great experiment in American literary realism.

It has also been much maligned and frequently banned… in its own time for the outrage of presenting a black as a friend operating on equal terms with a white, and in modern times as a racist screed decried for its use of the racial epithet “nigger”.

In this compelling and insightful examination of Twain’s classic, local SUNY New Paltz scholar Dennis Doherty shows both of these criticisms to be simplistic. Doherty reveals the book as a seminal picaresque “coming of age” journey — a quest for truth — and clearly demonstrates how the novel speaks directly to the heart of racism not only in the past, but in the present.

Dennis Doherty teaches literature and creative writing at the State University of New York, New Paltz. His poetry collections include Fugitive (2007) and Crush Test (2010), both published by Codhill Press. Doherty’s poems, essays, and stories have appeared throughout the literary press. He lives in Rosendale, NY, with his wife and three daughters.

“All modern American literature comes from one book by Mark Twain called Huckleberry Finn. …It’s the best book we’ve had… There was nothing before. There has been nothing as good since.” –Ernest Hemingway