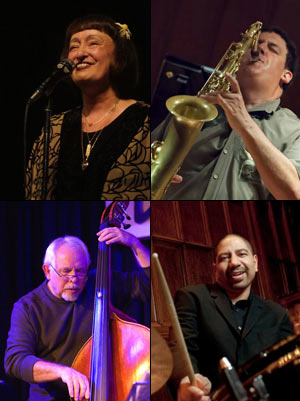 Drummer and vocalist Tony Jefferson is one of the most in-demand drummers in the jazz world. His credits include Kenny Drew, Jr., Lou Donaldson, Eddie Henderson, Frank Wess, Gary Smulyan, Cedar Walton, John Abercrombie, and many more. Tony is also a fine jazz singer, as you will hear when he teams up with Sheila.

Read an article about this performance in the Chronogram: https://www.chronogram.com/hudsonvalley/Content?oid=3198420
Sheila Jordan