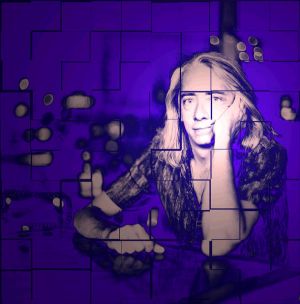 Twenty five years in Memphis can do something to a person. Some say it’s the power of the mighty Mississippi, some say it’s the BBQ, and yet others believe the city to be atop an ancient power spot, hovering between the apexes of two invisible pyramids, one above, one below. Regardless, nobody leaves there unaffected, and that includes Hudson Valley-based musician (and editor/publisher of Roll Magazine) Ross Rice, who brings his Southern-tinged keyboard vibe to the Cafe for his “Very Sexy Show” in June. With almost thirty years in the music business, Rice started out in a prestigious house band with Duck Dunn (Booker T & the MG’s) at Memphis’ famous Peabody hotel, where he cut his teeth performing with Rufus Thomas, Steve Cropper, Albert King, and Tony Joe White, before forming his own Human Radio, which cut an eponymous debut for Columbia (1990). He has since toured and performed with Isaac Hayes, Peter Frampton, Mark Farner (Grand Funk RR), Stephen Perkins (Jane’s Addiction), Kim Richey, Todd Snider, and Rob Wasserman, and written and recorded with Adrian Belew, Susannah Hoffs, and Steve Earle, who put out Rice’s first solo CD “Umpteen” on his E-Squared label. For his “Very Sexy Show,” Rice showcases personal originals and favorite covers of tunes that could be considered, well, sexy. Tunes that definitely reflect the Memphis experience of BBQ: keeping it low, slow, and smoky. With Terry Hampton on drums, and very special guests.