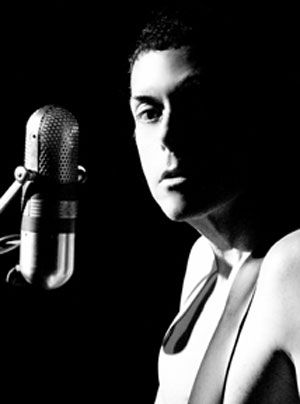 Richard Barone is an acclaimed recording artist, performer, producer, and author. Since his beginnings on radio at age seven as “The Littlest DJ” and later fronting indie-pop icons The Bongos, Barone has produced countless studio recordings. He has collaborated with artists in every musical genre; from Lou Reed and Moby to Liza Minnelli, Tiny Tim, and most recently Pete Seeger. As a musical and theatrical director, he has scored shows and staged all-star concert events at such venues as Carnegie Hall and the Hollywood Bowl. His memoir “Frontman: Surviving the Rock Star Myth” was published by Hal Leonard Books and performed as a musical reading at Carnegie Hall.

Barone lives in New York City, where he recently completed work on his fifth solo album, “Glow”, produced by Tony Visconti and others. Barone is currently on tour in the US and UK.

The video to the title track of his latest album is here: http://youtube.com/watch?v=Hby9UDRub3M

“Is there a musician more deserving of the moniker Man About Town than Richard Barone?” –The New York Times