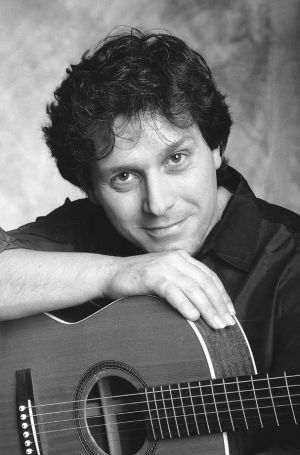 Peppino D’Agostino doesn’t just play the guitar. He composes, arranges, collaborates, improvises, and has even been known to sing a song here and there in both English and Italian. But what he does create on the guitar makes the difference between simply playing… and truly making… music apparent in the most wonderful ways.

D’Agostino has been hailed as “a guitarist’s guitarist” by Acoustic Guitar magazine as well as “a giant of the acoustic guitar” (San Diego Reader). He also holds many top guitar awards, but the San Francisco Chronicle encapsulated the essential difference that distinguishes D’Agostino’s music, when it dubbed him “a poet.”

That poetic eloquence, grace, and magic suffuses 2010’s Nine White Kites, his first album of new compositions for the guitar after a decade (during which time he’s done much else wonderful with his musical talents). The set of 11 songs and two bonus tracks launches with the soaring fingerpicking of the title track, leading the listener through a tour-de-force showcase of D’Agostino’s mastery and artistry.

“Heavenly was the feeling as sound, music, thought and emotion converged to wash over me…” –Mark Riva, GuitarInternational.com