Paul McMahon at the Rosendale Cafe 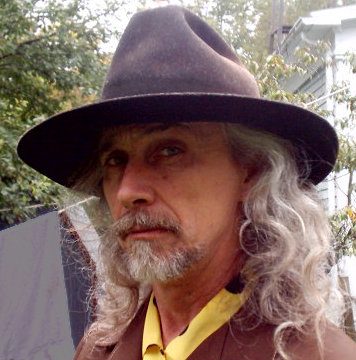 Paul will be performing original songs at the venerable Rosendale Cafe in support of his new 12″ vinyl HYMN TO HER and will be supported by drummer Troy Newton.

HYMN TO HER is Paul McMahon’s tantric exploration of eros, spirit and life force energy. The beautiful sounds of Paul’s voice and guitar were captured by Dave Cook (B-52s, Elvis Costello, Charles Mingus, Natalie Merchant, Laurie Anderson) in an extensive project on one inch 4 track tape at a private studio in Woodstock which yielded seven of the songs. The other two –You’re My Guts (Ferenz Kallos -producer) and Beat the Bushes (Alejo! -producer) first appeared on MUSIC FOR CHANGING TIMES, the out of print 2008 sampler from WoodstockMusicWorks, featuring 5 up and coming Woodstock acts.

A survivor of the No Wave scene, Paul grew up at the Club 47 at the feet of Jim Kweskin, Muddy Waters and Howling Wolf.
He took guitar lessons from Elvin Bishop, was housemates with Chris Smither and has been on the bill with Michael Hurley 3 times. He played in Daily Life with Glenn Branca, Barbara Ess and Christine Hahn. He also played in Branca’s first all guitar compositions and started A Band with Wharton Tiers.
He helped open the Knitting Factory, started the Dharmaware Café acoustic venue in Woodstock where he booked John Herald, Billy Faier and Amy Allison. He has released 10 albums of original songs and in a review of HYMN TO HER John Burdick called him “a bad_ss m__________r”.
Someone named a child after one of his songs (middle name). On the Tonight Show Jay Leno showed a prank newspaper ad he placed, he dueled one-liners with Soupy Sales on national TV, had over thirty of his artworks on display at the Metropolitan Museum, starred in a short video of an incompetent white breakdancer that was on TV a lot, single parented infant twin girls, marketed his cat toys for 30 years, his bumper stickers for 22, is a part-time mailman, was adopted at a Lakota Sun Dance in South Dakota and is an ordained interfaith minister. The archive of his art shows at Project Inc. in the 70s was acquired by Bard College’s Center for Curatorial Studies.
He is also King of the Universe according to reliable sources. He is currently touring in support of his new 12” vinyl album HYMN TO HER, love songs to the Goddess in all of us. Paul McMahon is a dynamic performer with fingerpicking chops, a captivating voice and riveting lyrics. He believes his music, live and recorded, can be part of the healing process of everything.

…the genre-bending Woodstock-based songwriter is a bad**s m**********r. You'll catch whiffs of rural blues, Dylan-esque long-form narrative, deft fingerstyle folk, garage rock, chant, crooner pop, punk, maybe even some madrigal, all of it fully digested and now apparent only as traces in an original, mature voice....McMahon is his own poly-genre.. someone for whom music is a spiritual pursuit, not so much in his content as in his poised trust in the ongoing good will and bottomless resources of the muse. John Burdick Blues For The Muse HUDSON VALLEY ALMANAC ************** Paul is easily the most non-derivative artist in existence -refusing to pander to commercial dictates, good taste or even BAD taste, he is at home with bullies as well as children, of all sexes, in all functions and is on the correct side of not being annoying in the midst of any of it. Dakota Lane WOODSTOCK TIMES **************** …a beloved old school hippie and singer-songwriter cat…This dude has some serious magic …smooth talkin’ wise old wiseguy… Morgan Y. Evans Just Keep Truckin’ On KINGSTON TIMES ******************** “Paul is the troubadour king of Woodstock, N.Y.,” (Linda Mary) Montano told me in an interview … “Highly honored, highly respected. Seen as one of the true practitioners of all that’s correct about life and art.” John Chiaverina Magic Numbers ; ‘Pictures Artist Paul Mcmahon, ‘The Troubadour King Of Woodstock,’ Sets Up in Brooklyn ARTNEWS