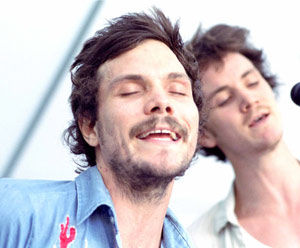 An opening reception from 2:00pm-4:00pm, for Jack Baran’s photos displaying in the Cafe during the month of July

Jack Baran is a film producer and photographer, and has recently been chronicling the Rosendale Street Festival.

He’s native of New York City, and came to live in Woodstock by way of Los Angeles. Baran has had a long career in the motion pictures industry as a producer of films including Dylan’s “Reynaldo and Clara”, “Great Balls of Fire”, “Barfly”, “Single White Female“, “Kiss of Death”, and “Homecoming”. He has directed “Destiny Turns on the Radio”, and co-wrote “Great Balls of Fire”, “Band of the Hand”, and “Uncovered”.

Baran penned the novel “The Hollywood Guy”, and provided source music for “Barfly”, “Breathless”, “Single White Female”, and “Great Balls of Fire”. He has also been involved with many other productions as an assistant director.