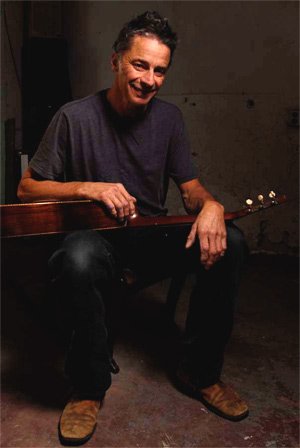 Local songwriter Mark Brown will be joined by his longtime band members and friends Ken McGloin, Dean Jones, and Mark Murphy. Come join us if you can for an evening of hometown fun.

“Brown’s latest album opens with his voice sitting on top of a strident banjo motif, some distorted guitar and hard percussion. It sets the listener up for something a little out of the ordinary and a long way from the honky-tonks… the words as they do throughout, have a directness that underscores their effectiveness, specially when delivered in Brown’s hard scrabble and road-worn voices of the ages.” –Stephen Rapid, Lonesome Highway (Ireland)

“…Mark sings mostly about the small everyday things that can make life delightful (or difficult); about larger-than-life emotions (without melodrama)… and then again I often had the feeling that he might be singing the lyrics with a wink.” –Marcus Kerren, Rock Times (Germany, translated)

“Bitter ballads and stories with a pinch of irony… solid songwriting and an air of an authentic troubadour without taking itself to seriously. Mark is a great artisan of Americana with years of hard work on his shoulders… and you can feel the difference.” –Roots Highway, (Italy, translated)

“Mark Brown populates his stories with diverse characters who are not at all easy to place, but because of that all the more plausible and fascinating.” –Ctrl.Alt.Country, (Netherlands, translated)