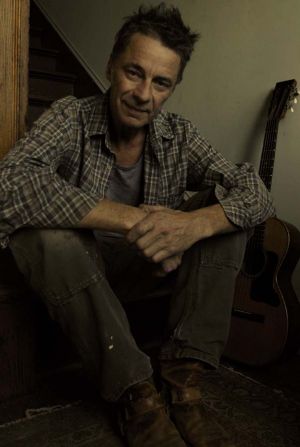 Come on out and join Mark Brown, along with Dean Jones, Ken McGloin and Mark Murphy; as they dust up the Cafe with songs born of Ulster County.

Last year Mark released his latest CD, Skin & Bone, which can be heard on WKZE and WDST locally.

“…finally it’s here, and worth the wait… Stunning tracks keep arriving as this amazing CD wanders on… Singer Songwriters like Mark Brown are rare, CD’s of the scope and style of Skin & Bone are even rarer. Everything about Mark Browns album is exceptional. When a critic gets a CD like this, words somehow don’t seem enough… Mark Brown is probably a genius, and his new album? Well that is simply a masterpiece, a major work by a vital country singer.” –Paul Riley, Country Music People

“Mark Brown populates his stories with diverse characters who are not at all easy to place, but because of that all the more plausible and fascinating.” –Ctrl.Alt.Country, Netherlands (translated)

“Mark Brown sings mostly about the small and everyday things that make life delightful (or difficult); about larger than life emotions (without melodrama), or, as in ‘Smashed’, about spiritual willpower, which is ever again defeated by weakness of the flesh. and then again; I often had the feeling he may be singing the lyrics with a wink.” –Mark Kerren, Rock Times, Germany (translated)

“‘Skin & Bone’ collects thirty years of experience and character… bitter ballads and stories with a pinch of irony… solid songwriting and an air of an authentic troubadour, without taking itself too seriously. Mark is a great artisan of Americana, with years of hard work on his shoulders… and you can feel the difference.” –Roots Highway, Italy (translated)