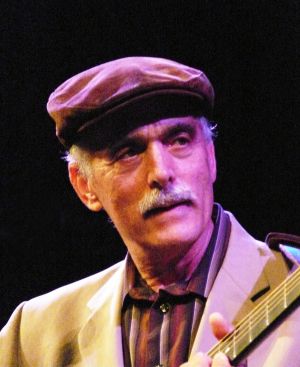 Jim Kweskin is regarded as one of the most influential performers to emerge from the 1960s folk revival, having led his famous Kweskin Jug Band with fingerpicking finesse and an energizing repertoire of folk, blues, string band and ragtime songs. During the five years they were together in the 60s, the group successfully transformed the sounds of pre-World War II rural music into a musical springboard for their good-humored performances. Featuring Geoff and Maria Muldaur, Mel Lyman, Fritz Richmond, Bill Keith, Richard Greene and other musical luminaries, they released six albums, toured the country extensively, and appeared often on national television. Because of their unrehearsed, impromptu interplay with the audience, their live performances were hailed as revolutionary.

Jim continues in the same tradition, appearing at venues throughout North America, Japan and Europe. He usually performs with some of the best back-up musicians in the country. Because of Jim’s vast repertoire, and obvious love of the music, he is considered one of the best interpreters of the great American songbook.