James Reams and the Barnstormers 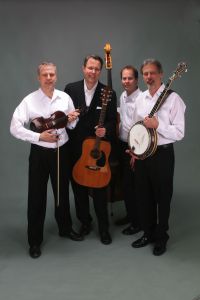 James Reams and The Barnstormers is a traditional bluegrass band based in New York City. Guitar-player and singer James Reams is originally from London, Kentucky, but moved to Freedom, Wisconsin, as a teenager with his family. He moved to NYC in the mid-1980s. The band has recorded two albums – Barnstormin’ (2001) and Troubled Times (2005)… and tours throughout the Northeast, mid-Atlantic states and the Ohio Valley.

“With bluegrass music getting increasingly more slick, who would have thought that a band from Brooklyn, New York, would be a leader in reestablishing the classic sound of the 1950s… they are no ordinary bluegrass band, as they draw much of their material from the South, all the while playing with the power and drive of the big city.” –Sing Out