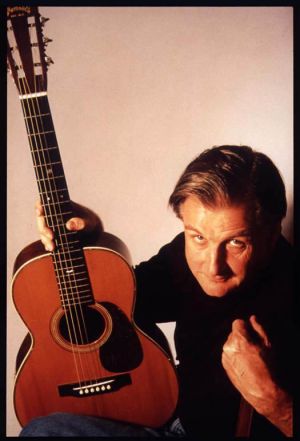 Geoff Muldaur is one of the great voices and musical forces to emerge from the folk, blues and folk-rock scenes centered in Cambridge, MA and Woodstock, NY. During the 1960s and ’70s, Geoff made a series of highly influential recordings as a founding member of the Jim Kweskin Jug Band and the Paul Butterfield’s Better Days group, as well as collaborations with then-wife Maria and other notables (Bonnie Raitt, Eric Von Schmidt, Jerry Garcia, etc.). He left the stage and recording world in the mid-1980s for a working sabbatical, but continued to hone his craft, albeit “flying beneath radar”. He composed scores for film and television, and produced off-beat albums for the likes of Lenny Pickett and the Borneo Horns and the Richard Greene String Quartet. Geoff’s definitive recording of “Brazil” provided the seed for, and was featured in, Terry Gilliam’s film of the same title.

With his magical voice and singular approach to American music in tact, Geoff is once again touring the world. He performs in concert halls, performance spaces, clubs and festivals throughout the US, Canada, Japan, and Europe. Geoff may be heard from time to time as a guest on Garrison Keillor’s A Prairie Home Companion and has been featured on a variety of National Public Radio shows, including Weekend Edition, All Things Considered, Fresh Air with Terry Gross, and The World with Lisa Mullins.

“Bob Dylan didn’t want to be Woody Guthrie. He wanted to be Geoff Muldaur. Geoff was the Big Man On Campus. He still is.” –Van Dyke Parks

“There are only three white blues singers; Geoff Muldaur is at least two of them.” –Richard Thompson

“Geoff has always been one of my favorite singers.” –Bonnie Raitt

“Hearing his new record reminds me of why I fell for this guy in the first place. This album is long overdue and I’ve never heard him sound better.” –Maria Muldaur

“Geoff Muldaur was and is one of my musical heroes. When I listen to him sing and play, I can hear the coal mine, the cotton field, and last, but certainly foremost, the boy’s boarding school.” –Loudon Wainwright III