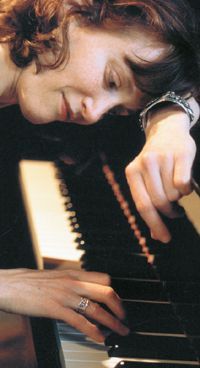 Francesca Tanksley surprises. The internationally-acclaimed jazz pianist and composer, described as a “vivid presence” by Nat Hentoff, breaks through traditional expectations with the power of her musical vision. As Peter Watrous said in The New York Times in a review of one of her recent performances, “Ms. Tanksley reworked the vocabulary of McCoy Tyner as if she had taken just one small aspect of his style and developed it into a full language. She gave the music color, her harmonies and chording adding surprise to the performance.” Acknowledged as a fine soloist, composer, and accompanist, with such notable groups as the Billy Harper Quintet and the Erica Lindsay Quintet, she has performed throughout Europe, East and Southeast Asia, Scandinavia and South America as well as in the United States, and appears on numerous CD releases of both groups. Her compositional talent is featured on two of the Billy Harper Quintet’s CDs, as well as on her own recently released CD.