Assorted (But Not Sordid!) Shorts 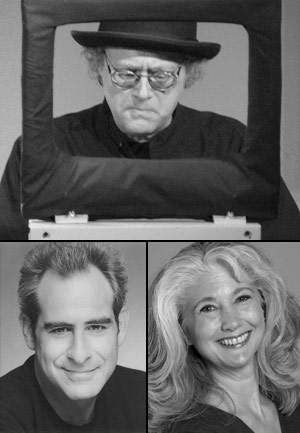 An evening of staged readings of original short plays, skits, and monologues that range from the poignant to the piss-your-pants funny, from the transcendent to the traumatic, and from the rarefied to the ridiculous; written and performed by Mikhail Horowitz, Gilles Malkine, David Smilow, Sarah Chodoff, and Kimberly Kay.

Horowitz, Smilow and Chodoff are members of Actors & Writers, the Ulster County company of film, theater, and TV professionals. The three appeared (with Carey Harrison) last September in Samuel Beckett’s “Endgame”, playing in both Woodstock and Saugerties.

Gilles Malkine is a guitarist who played the original Woodstock Festival as a member of Tim Hardin’s band. He performs as a musician, thespian, and flaneur throughout the Hudson Valley, either solo or with Mikhail Horowitz in their long-running (very long-running) act.

Kimberly Kay is an actor who has appeared on television and at theatrical venues throughout the region, most recently winning great acclaim for her one-woman performance of David Sedaris’s “Santaland” at Rosendale Theater last holiday season.

The intimate space of the Cafe is the perfect place to experience this talented ensemble.
Mikhail Horowitz and Gilles Malkine