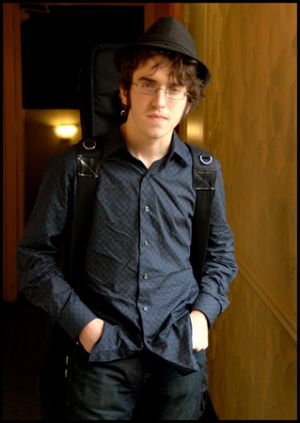 Come gather ’round people wherever you roam, and admit that the age-old folk music scene is being given new life by young ‘uns. Last year, Texan Emily Elbert wowed the acoustic crowd with her preternaturally mature CD “Bright Side.” But now that Elbert is a ripe old 20-year-old, the new teen folk sensation is 18-year old da Costa, who has been releasing CDs since 2005 and got a coveted write-up in the New York Times (a feat that had helped establish Bob Dylan way back when). The prolific singer-songwriter pens serious-minded fare like the personal/political “Ain’t Much of a Soldier,” but can also wax believably romantic, like on “Let Me Die in Your Arms.” He’s also nabbed a bunch of folkie awards, most notably winning the “new folk” category at the Kerrville Folk Festival in Texas. And even though he’s still in high school, he has several albums worth checking out, like his 2006 effort “Rearrange” and last year’s “Typical American Tragedy.” –Tony Sclafani, msnbc.com contributor Robert Berkowitz