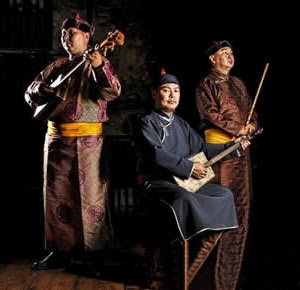 Alash are masters of traditional Tuvan instruments, as well as the ancient art of throat singing, a remarkable technique for singing multiple pitches at the same time. Believing that traditional music must constantly evolve, the musicians subtly infuse their songs with western elements, creating their own unique style that is fresh and new, yet true to their Tuvan musical heritage.